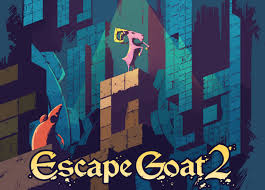 Review Fix Editor-In-Chief Patrick Hickey Jr. plays through the first ten minutes of the PS4 puzzle-platformer “Escape Goat 2.” A nifty indie game with much more than a cool soundtrack and old-school visuals, it’s one of the most intriguing budget games on the console.

Watch the Video Below: