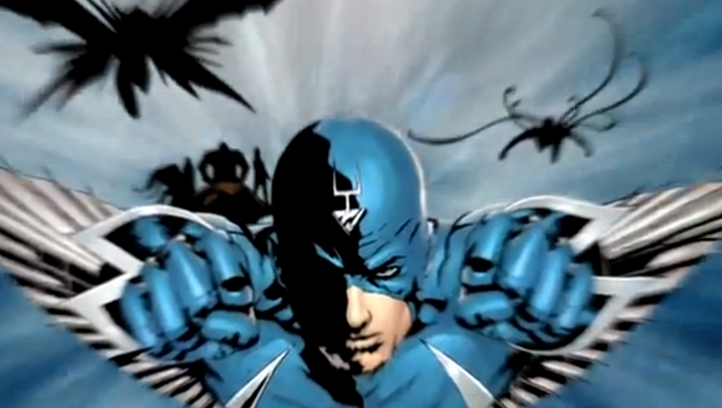 Since the first mention of The Inhumans in â€œFantastic Fourâ€ during the mid 1960s, the royal family of Attilan (located in an oxygenated dome on earth) has struggled to find an audience. Between limited series of their own and recurring status in such Marvel Universe staples as the aforementioned Fantastic Four, The Avengers and X-Men, The Inhumans donâ€™t quite seem to fit. The storyline is intriguing, a people who go through the terrigen mist process to see what their true abilities will be, and in a way determines their fate and role in society. It should be writhe with political subtext and the examination of what exactly makes someone special. Especially since Attilans were created by the Kree for purposes unknown.

A place where abnormality is celebrated and â€œnormalcyâ€ is seen as a plague. And a society where â€œin everything there hides a flawâ€ is where the terrigen mist, the royal family all connect to the downfall and rebirth of a society that heavily relies on a caste system. Black Bolt is the center of the story. A king who has ruled for over 30 years has come to an impasse. His brother Maximus the Mad attempts to usurp the throne from within the bubble of Attilan and the humans who see The Inhumans as a nail that needs to be hammered down, try to annihilate them out of existence.

Based on the 12-issue comic the writing, voice-work and art should hold up in scope in the motion comic. The problem is that it is difficult to transcribe Jae Leeâ€™s amazing art into this genre. The movements of the characters are inconsistent with modern day techniques. This tends to distract from the main points of the story. After all it is no longer 1969, viewers are more sophisticated and have an expectation that the animated versions of the stories theyâ€™ve read should be elevated in an animated telling such as DCâ€™s â€œJustice League: Throne of Atlantis.â€ In a time where The Inhumans are facing attacks from all fronts and addressing issues such as being â€œproducts of genetic manipulation,â€ what happens when an â€œInhuman is transformed into an alpha?â€

These are all important themes, that at times, fight to be heard above the backward functioning of the motion comic. Still it is a good story written by Paul Jenkins. Diwas (who might have been a bridge between Inhumans and alpha-primates) becomes a pawn for Maximus, who may be crazy, but he is brilliant and knows the weaknesses of those who have him imprisoned. All the machinations lead to the ultimate showdown. Will Black Bolt use his voice, the voice where a whisper can cause a nuclear explosion? And what happens when all the wreckage dissipates? Sometimes the greatest thing one can do is nothing.

Black Bolt is better than mythical kings. He does not sacrifice himself, instead he uses his greatest flaw â€“ restraint. Also, strategy and what Winston Churchill did during WW II play an important role. Ultimately in losing a battle Black Bolt, like Churchill, will win the war. A more important lesson learned is that when something becomes too big, and impossibly out of balance, the best way to rectify the situation is to destroy it. Like Ragnarrok there has to be a reckoning. And perhaps a new home.

The Marvel animation â€œThe Inhumansâ€ is worth owning, if for nothing else than to examine how we see ourselves. And for the cool narration.