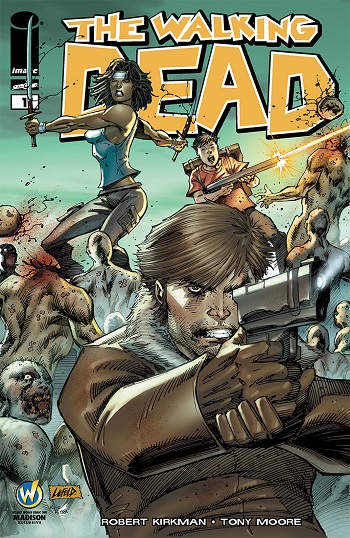 The exclusive The Walking Dead #1 edition will be produced in extremely limited quantities and is available at registration to fans at the Alliant Energy Center only while supplies last. VIP attendees will receive an additional black & white sketch version of the comic.

In the early 1990s, the self-taught artist Liefeld became prominent due to his work on Marvel Comics’ The New Mutants and later X-Force. Later he published Youngblood #1 by Image Comics. His creations Deadpool, Cable, Youngblood and X-Force helped change the comic book landscape and remain staples of both Marvel and Image comics.

Â â€œAs the co-creator of Deadpool and one of the most influential and important artists of the past 25 years, Rob has cemented his place among the top talents,” says John Macaluso, Wizard World CEO. “Rob was one of the earliest supporters of The Walking Dead and Robert Kirkman and we are thankful he did such an amazing cover for the fans of Madison!â€

The artists for future books will be announced as they are selected. A similar series in 2013 featuring exclusives of The Walking Dead #1 proved to be wildly popular with fans. The full schedule of 2015 Wizard World shows is available atwww.wizd.me/PRSchedule2015.