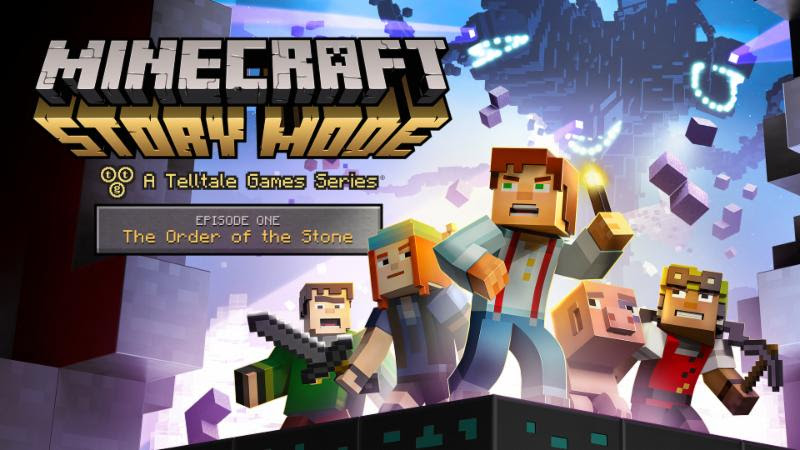 You can go on YouTube and find an endless supply of stories set in the â€œMinecraftâ€ universe. Some are pretty great, others not so much. But those tales are fan-made, and up until now â€œMinecraftâ€ has never had an official story mode. Mojangâ€™s partnership with Telltale Games â€” a developer known for groundbreaking storytelling â€” shows just how serious the studio was about delivering an appropriate narrative for fans and newbies alike.

â€œMinecraft: Story Mode,â€ an episodic choice-based series, was the result of this partnership. If youâ€™ve played any Telltale game before, youâ€™ve already got the gist of things. Adventure is at the heart of the experience, and how events play out are tailored by your in-game decisions.

Thereâ€™s a huge difference between â€œStory Modeâ€ and Telltale games of the past. The developer isnâ€™t exactly known for making family oriented games. Thatâ€™s where â€œStory Modeâ€ takes off in a different direction. The fate of your friends isnâ€™t haunting the back of your mind with each decision. Instead, choices have a more light-hearted flavor; the game is quirky and funny most times, and your biggest concern will probably be how to not piss off your friends â€” and your pet pig.

Episode one, â€œThe Order of the Stone,â€ gets off to a slow start. Itâ€™s a solid introduction to the series, familiarizing you with the characters and building relationships with them, but it doesnâ€™t get to the good stuff until the end. Obviously an episodic game series intends to leave you wanting more; however, when it leaves you wanting more because what you have doesnâ€™t feel sufficient, thatâ€™s a problem.

Enter Jesse â€” the main character. Jesse can be played as either a male or female. Not only that, but he or she can also be given different skin colors. Jesse is a nerdy building-enthusiast whose shoes donâ€™t seem big enough for the person he or she quickly becomes. By morning, Jesse is all excited about his or her pet pig’s dragon costume for an annual convention; by night, he or she is throwing a right jab at the gameâ€™s villain.

Or maybe none of that happened. Thatâ€™s up to you. Itâ€™s the beauty of choice-based games.

Jesseâ€™s transition, though quick and totally unbelievable, is fun to witness. And his or her friends are a strong cast. Olivia, a true friend, acts first and asks questions later. Axel, on the other hand, can be a bit of a dick. Then thereâ€™s Petra, the super cool risk-taker whose association with sketchy creeps in dark alleys leads to Jesseâ€™s save-the-world adventure. Reuben, Jesseâ€™s pig, deserves mention as well. Jesse doesnâ€™t leave him behind, and heâ€™s always there to make faces at the decisions you make.

â€œStory Modeâ€ targets a younger audience, so puzzles in â€œThe Order of the Stoneâ€ donâ€™t require much brain power. Your path is normally pretty clear. Even kids should find episode one a little too easy. Still, â€œThe Order of the Stoneâ€ sets up what seems to be another incredible adventure you should enjoy regardless of whether or not you play â€œMinecraft.â€