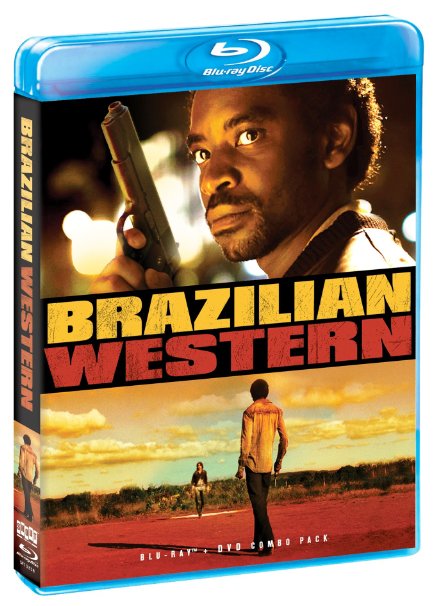 â€œBrazilian Western,â€ or the originally titled â€œFaroeste Cabocloâ€ takes the classic cowboy story of man-versus-the- world on a ride through Brazilâ€™s bright streets and barren wastelands. The film tells of a manâ€™s battle for purpose, with hints of Romeo and Juliet in this foreign affair. It’s an entertaining from beginning to end, but it feels like the story follows a formula of romance-action-dramas with only pieces of innovation.

Our Brazilian cowboy, Joao, trails in the politics of â€˜80s Brazil, whereâ€™s it’s black against white, and the poor versus the privileged. Itâ€™s easy to empathize with Joao- he is a man living with the hand he is dealt.

Heâ€™s illiterate, poor and black raised from the desolated land of Santo Cristo and tries to find a place in a world that doesnâ€™t offered him much. His family is dead and the only education he has is how to use a gun. As a man fueled by rage, in a society that constantly challenges his race and manhood, Joao sets toward the road of self-discovery. He meets with his drug-dealing cousin for some quick cash and put those gun-slinging skills to use against rivals. Along the way Romeo meets his Juliet, Maria.

Maria is from the bubble of wealth and privilege, which is also her downfall. Even though she pursues a relationship with Joao, despite the politics of race and superiority, this is far from a Cinderella story.

Throughout the film, there is a build up of silent tension. Characters have stare downs in the classic cowboy style, where the screen switches between closes up of tense brows and hands hovering pistols in way that pays ode to the genre of spaghetti westerns, but without overloading the clichÃ©s.

Each character is authentic in a battle of love and violence. Fabricio Boliveira (Joao) carries the style of the macho cowboy in way you wouldnâ€™t want to step on his shoes because he might put a bullet in yours. Then a thereâ€™s the soft side that looking to a new future with Isis Valverdeâ€™s character (Maria).

The film carries the authenticity by documenting a time of oppression in Brazil as there is reference to injustice of the president and racial slurs. The film that instantly comes to mind that does this well is Quentin Tarantino’s â€œDjango: Unchained.â€ Both characters are restricted freedom, find their purpose in love and occasionally murder those that have bruised their pride.

As much as the story was well paced and packed with details to make Joaoâ€™s motive understandable, it falls on being too subtle. The beginning of the film isnâ€™t clear until 30 minutes later. The director Rene Sampaio innovates different shots that use mirrors to tell a part of the visual story, but it sort of overcompensates the filmâ€™s cinematic style.

On the other hand, it was a good debut picture for Brazilian born director Rene Sampaio. The film shows a mixture of love, politics and cowboy machismo thorough stylized cinematography. Director Sampaio is mostly known for his award winning short, â€œSinistroâ€ and currently directs a Brazilian series â€œDupla Identidade.â€

Overall, â€œBrazilian Westernâ€ is a light takeaway from a hardcore genre, but itâ€™s originality as a foreign cowboy adventure is what separates it from other films. Itâ€™s another secret gem to add to the spaghetti western collection.