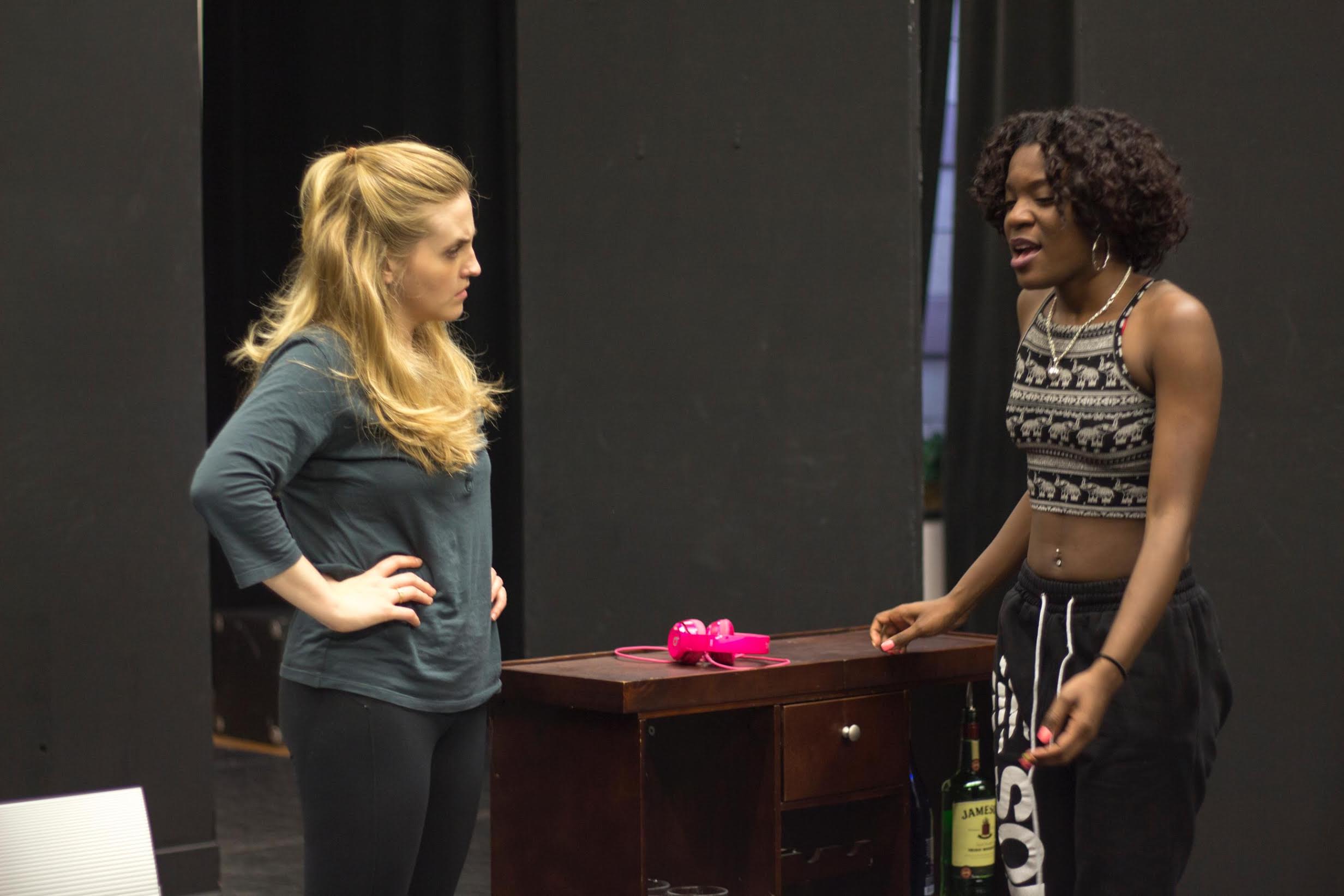 What does it mean to be faithful? What does it take to destroy trust? How well can one know his or her partner? These are only a few questions “The Illusion of Love,” a play written by Alex Polanco, directed by Danielle Zappa and presented on the stage of Planet Connections Theatre, raises for us. If we ask 20 people what love is, we are likely to get 20 different answers. “The Illusion of Love” explores two distinct perspectives.

For Richie (Pablo Sandstrom), who has been cheated on, getting emotionally invested in one person is not worth the risk of getting hurt. Michael (Phillip Iweriebor), on the contrary, wants to be in a monogamous relationship, get to know his partner and be completely honest with her. As the play unravels in front of our eyes, it is hard to tell whose side the author takes. Thus, we are encouraged to come to our own conclusions.

In a way, the two male characters in the play represent two types of men: Casanova and Romeo. Richie belongs to the first type. He is attracted to a wide range of women, does not allow himself to get attached, and appreciates the physical aspect of love most of all. His charms and good looks make women feel desired and kindle a fire in them. Michael, in contrast, devotes himself to one woman, Veronica (Paris Scott), cooks her favorite food â€“ fried calamari – and surrounds her with care and attention.

But, of course, one man can begin as Casanova and then become a Romeo, and vice versa. In fact, as we learn, this is what happened to Richie. He was engaged to a woman, whom he adored. He shared everything with her and trusted her unconditionally, only to find her in bed with another man. This experience left him jaded and distrusting, and he advises Michael against falling in love.

In fairness, Michael is not flawless, either. He comes across as possessive when he proposes to Veronica. In response to her hesitation, he says he intends to propose again when they go away together. “We’ll have a blast,” he says, “and come back engaged.” It sounds as though Veronicaâ€™s decision does not matter, even though she is clearly not ready to say yes.

As far as the female characters are concerned, they are pretty flat, compared to their male counterparts. We meet a bar and restaurant owner, Hennessey (Kimberly Gomez), a flirty Latina, who carries herself with the air of “I’m sexy and I know it.” It is a shame that we get little insight into her personality. Being a strong woman running her own business, she surely has lots of stories to tell, but Mr. Polanco does not let her talk much.

Similarly, all we learn about Candy (Amanda Klinikowski) is that she is a stripper and enjoys dancing. Compared to the male characters, who discuss their feelings and views, she seems shallow, probably because we hear her talking mostly about Veronica and not herself.

Thus, out of all female characters, Veronica is definitely the most well-developed one. Though she tries to conceal her feelings from people, we still witness her insecurities, for she repeatedly says she is a grown woman who can take care of herself. Hennessey, for instance, does not need to say it; she projects confidence, while guarded and distrustful Veronica makes an impression that she has not received enough respect from people.

Even though the characters’ feelings are overdramatized at times, they are still easily relatable. Most (if not all) of us have had to weigh the risks of getting hurt against the benefits of romantic companionship. For this reason, the play sparks our interest, as we keep wondering whose idea of love wins in the end.

In addition to raising interesting and important questions, “The Illusion of Love” is also well-structured. The plot develops at a good pace, with every scene giving us additional information about the characters. There are only five characters and three locations: Veronica’s home, a strip club, and a bar. The set change happens so quickly, as chairs and tables are moved around, that the audience can barely notice it.

Hence, although the play could have definitely benefited from having more memorable heroines, it is still an exciting excursion into menâ€™s minds. As we hear their stories, we get a chance to rethink our own definitions of love, a precious and fragile feeling that can bring us either happiness or ruin, depending on the circumstances, our attitude, and how far we are willing to go to preserve it.