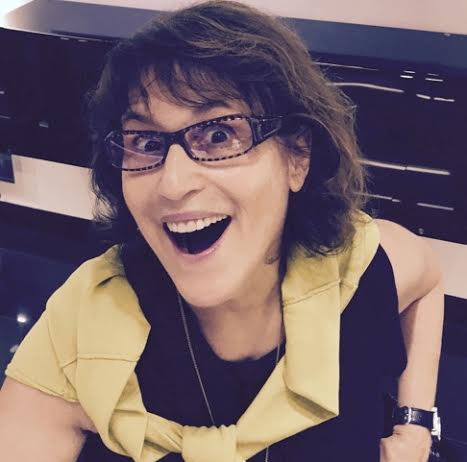 Review Fix chats with filmmaker Debra Solomon who discusses her film â€œMy Kingdom,â€ set for at a run at this yearâ€™s summer screening session of the Queens World Film Festival.

Debra Solomon has been making animated films since 1995. She is a Â N.Y.F.A fellow and Jerome recipient, her films have won awards at festivals around the world, including a Silver Lion at the Venice Biennale, Best Soundtrack in Annecy, and a Special Jury Award at the World Animation Festival. Her film Everybodyâ€™s PregnantÂ  is in MOMA’s film and video collection. In 2001, Debra helped create the Disney Channel’s first hit show, Lizzie McGuire designing the animated Lizzie and acting as animation director for the series and movie adaptation. Her film Getting Over Him in 8 Songs or Less, was featured on HBO. And her most recent film My Kingdom is a festival award winner. In 2015-2016 she volunteered as a film advisor/mentor at Hostos Community College. This fall Debra will be working on a top secret Disney project as a creative producer.
Film Maker: Debra Solomon

Debra Solomon: Realizing my personal space was at odds with the the city I live in.
Review Fix: What was the most challenging part of making it?

Solomon: Fabulous! My fave festivals are ones I can take the F train to . And the Queens world fest is also looking like awesome fun!

Solomon: A film with many parts that is very slippery at the moment.