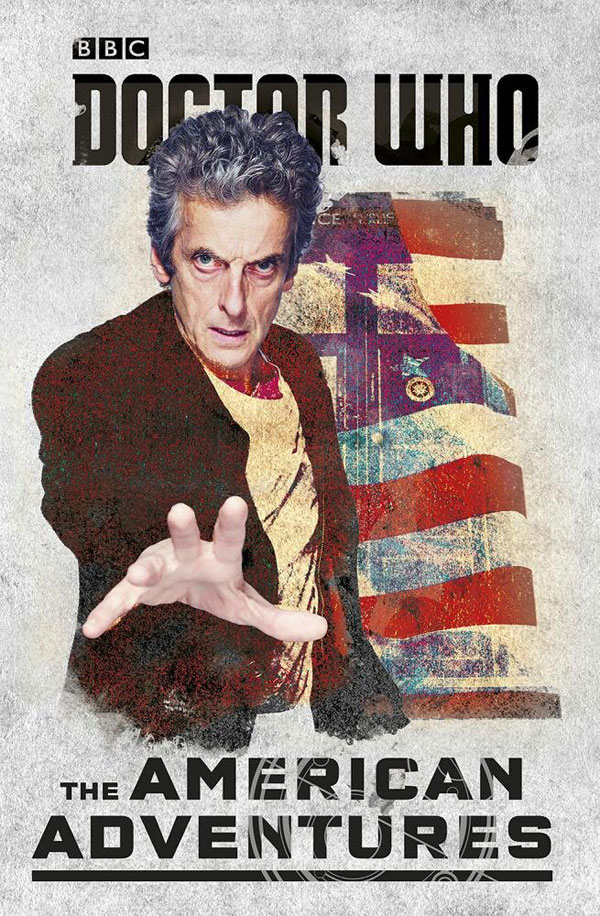 Thereâ€™s a scene in the episode â€˜The Doctorâ€™s Wifeâ€™ where the Tardis informs The Doctor that just doesnâ€™t wander off into adventures. Instead, she takes him where he needs to go. In the television series â€˜Doctor Whoâ€™ he and his companions are either somewhere in time in England, different dimensions or solar systems. Very rarely has The Doctor ever been to the U.S., but in â€˜Doctor Who: The American Adventuresâ€™ thatâ€™s exactly where he ends up. Told in standalone form, there are six short stories that tell of the Doctorâ€™s journeys through different time periods in history. Arguably the 12th doctor, played by Peter Capaldi is the featured protagonist and although heâ€™s not in England or in a far-flung universe, heâ€™s still judgmental and short tempered.

The Doctor has definitive opinions about war, people being used for profit and taking away a personâ€™s choice â€“ even if the choice is to destroy themselves, however they feel fit. In this book, each story is geared towards a young reading audience. However, there are ideas that will make you stop and think no matter what age you are. From the old west to New York City in the 1900â€™s commentary is being made on the human condition. Still this is a book based on a television show that was originally meant for children. And that means hijinks alongside danger. Most of the stories are straightforward.

The Doctor through happenstance wanders into a situation that needs his expertise. He solves it and along the way a lesson is learned. More importantly, the Doctor questions. He deduces, asks why a situation exists and figures out a plan on how to handle the situation, even if others around him do not understand. That seems to be a running thread through each journey. The Doctor doesnâ€™t explain himself, not completely. Itâ€™s one of the reasons why you hear Peter Capaldiâ€™s voice as you read. The spirit of this Doctor is fully entrenched whether it’s 2017 or 1944. What makes this significant is that there isnâ€™t a single writer whoâ€™s the author. Instead each tale is written by a different person. With that, there is still a sense of continuity. All the physical tics and antics and methodologies of the 12th doctor do not deviate between stories. None more so than in the â€˜Spectator Sport.â€™

Taking place during the battle of New Orleans, the Doctor lands in the year 1815 amidst the chaos of needless death and destruction. Of course there is the comment on how this didnâ€™t have to occur because technically the war between the British and the fledging United States was over. The thing that drives this narrative is why the Doctor ends up there. It isnâ€™t to stop the battle because itâ€™s a fixed point in time â€“ something that has happened in the past that cannot be changed. The reason on the surface is also inconsequential. It is more about the callous behavior of those who capitalize on war. At times not always subtle, but nonetheless, nuanced and multilayered the Doctor takes a definitive stand while morally judging people making a profit on the suffering of others. For him, he speaks for the audience and now the reader. If you donâ€™t feel outraged by this situation, then you should by the time the Doctor is finished with you.

In the spirit of the television series â€˜Doctor Who: The American Adventuresâ€™ as a group of short stories tells of his adventures as an informative romp through history and the future that you would like to spend some time escaping into. Think of this book as a Tardis taking you where you need to go.