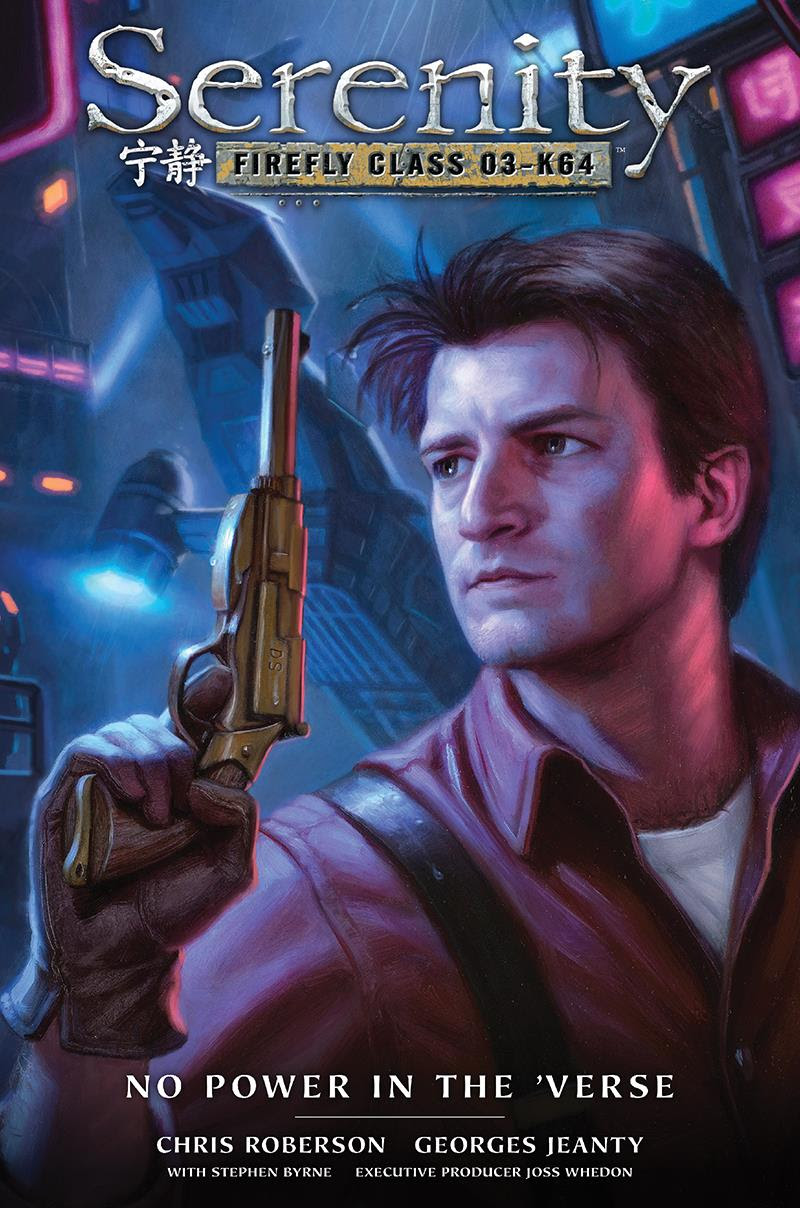 Dark Horse is excited to announce the newest Serenity series, Serenity: No Power in the â€™Verse. Originally created by the legendary Joss Whedon (Buffy, Angel), Serenity begins its next chapter with a story written by Chris Roberson (iZombie, Witchfinder: City of the Dead) and illustrated by Georges Jeanty (Buffy Seasons 8 and 9, Serenity: Leaves on the Wind).

Roberson described his excitement for the new series: â€œIâ€™ve been a devoted fan of Captain Reynolds and company since the first episode of Firefly aired, and have followed the exploits of the Serenity crew through TV, film, and comics ever since. Itâ€™s an unbelievable thrill (and an enormous responsibility!) to help chart the course for their further adventures.â€

Serenity: No Power in the â€™Verse finds Malcolm Reynolds and his crew struggling through some difficult times. Tensions are at an all-time high when the crew receives a call to help find a missing friend. The crew must come together to discover the answers to her mysterious disappearance. Will they find her in time?

No Power in the â€™Verse is preceded by the Serenity comics Those Left Behind, Better Days, The Shepherdâ€™s Tale, and Leaves on the Wind.

No Power in the â€™Verseâ€™s first issue (of six) goes on sale October 26, 2016. Georges Jeanty provides a special variant cover.