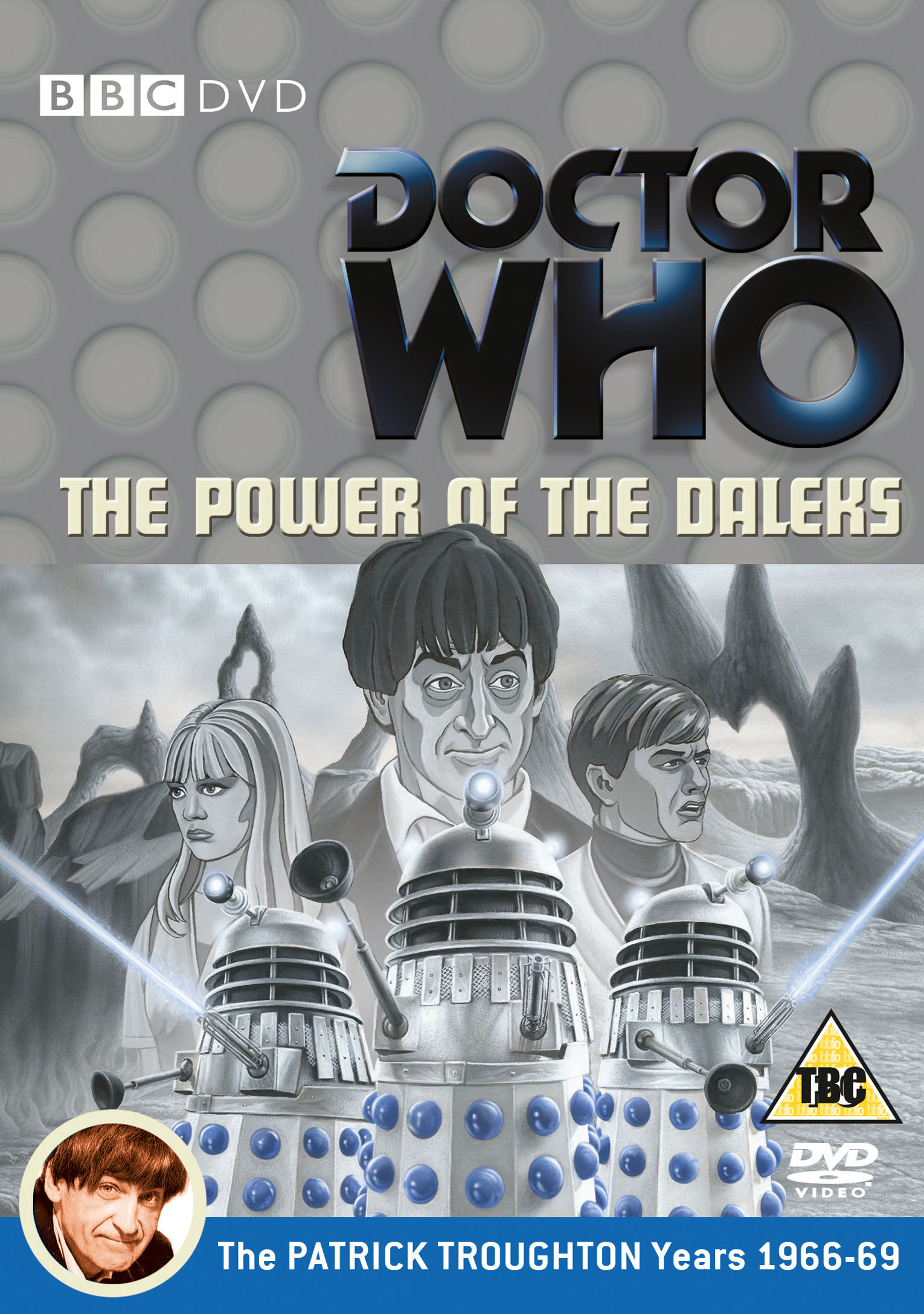 If thereâ€™s one thing the early â€œDoctor Whoâ€ series has plaguing it is that the BBC decided to wipe out 253 of its episodes. While many have been recovered, there are still 97 episodes still missing, meaning there are stories where all of its episodes are missing. One of these stories is â€œThe Power of the Daleksâ€ where all six episodes are missing. Because there is surviving audio, scripts, a few minutes of footage and still frames, the BBC decided to make an animated version of this story and release it on DVD to the delight of fans.

After the events of â€œThe Tenth Planet,â€ The Doctor has changed into a different person. Ben and Polly donâ€™t believe heâ€™s the real doctor and they are nervous around him. They arrive on a planet where The Doctor witnesses the murder of someone who is an â€œinspectorâ€ and him and co. get taken into the colony. What they find there is a scientist named Lesterson who is trying to open up what appears to be a spacecraft. Inside this craft are the Daleks. On top of that, there is also a rebel group that is trying to sabotage the colony.

The story itself one of the top Daleks story even if we know what the danger will be. While this isnâ€™t the first time The Daleks have tricked other races to help them in their plans (â€œThe Daleksâ€™ Master Planâ€ was. This is the second) and there would be many more times where this happens, itâ€™s still a great story. The rebellion plot ties into The Daleks being there perfectly, the motivations of each character make sense and the whole thing is great to watch.

Patrick Troughton is a woefully underrated Doctor. Heâ€™s funny, has a sharp tongue, full of energy and is a great actor altogether. Not to mention him constantly playing the recorder to annoy Ben is hilarious. Itâ€™s a shame that the majority of missing episodes are his.

The only real downside to the story is that some of the minor characters arenâ€™t that interesting or memorable. Their purpose is more like being lackeys to than actual characters even if they have names. This is common in â€œDoctor Whoâ€ though, and the majority of these characters die horribly. Not to mention Polly constantly being kidnapped gets old fast.

While itâ€™s great that the BBC released this story animated (with more hopefully to come,) they couldâ€™ve chosen a better animation studio. The animation is horrible. The characters are stiff, move very little and are overall lifeless. Not to mention they have default facial expressions that look goofy (The Doctorâ€™s is him smiling even when heâ€™s in front of a Dalek.) Itâ€™s recommended to watch the color version which makes the animation a little watchable whereas the black and white version is horrendous.

While the animation is horrible, itâ€™s a great service that the BBC made to the fans to animate this lost gem. It has a great story with an underappreciated doctor and it has The Daleks in it. Hopefully this is a sign that the BBC will release other lost stories on DVD, but obviously, they need to find a better animation studio before they do that.