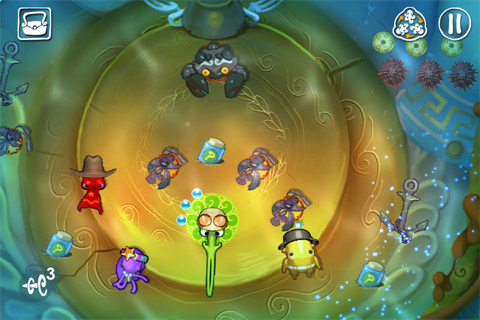 Ah, video games. So many out there. Which ones do you buy? Which companies and which designers make the best games? Today, everyone seems to have their own opinions in regards to the answers to those questions, but Review Fix shares its thoughts on who they believe to be 10 of the brightest young minds in the independent video game scene.

Dave Horn: A lifelong gamer and wrestling fan, Horn used that as inspiration for â€œAction Arcade Wrestling.â€ Pound for pound, AAW is one of the best games on the Indie Game section of the X-Box Live Arcade. Unlike so many others that have blaring weaknesses, AAW hides them well and makes the experience retro and shockingly provides enough edit functions to make the game your own. Plus, itâ€™s only 80 Microsoft points. Talks of a sequel have been buzzing and that could only be good news.

To listen to an interview with Horn, click here.

Jordan Trudgett: Trudgettâ€™s independent game on the 360 Live Arcade, â€œEndless Midnight: Zombie Swarm,â€ continues the current zombie trends in pop culture. Inspired by classic games such as â€œLoaded,â€ Robotronâ€ and â€œSmash TV,â€ this simple, yet difficult and bloody shooter is more than worth 80 Microsoft points. Gameplay is straight-forward and eerily similar to the aforementioned classics in the fact that you simply run and shoot, while avoiding enemies. However, what sounds easy enough is terribly difficult as you move forward. As the game continues, the waves of the undead get larger in size. Eventually, tougher, faster zombies join the fold to spice up the action. After each level, you can trade in the cash you get for killing zombies [yeah, itâ€™s weird, but who cares] for better weapons, health packs and firepower upgrades.

The fact that Trudgett is only 20 years old makes him an even cooler designer.

To listen to an interview with Trudgett, click here.

Dave Wishnowski: The lead developer behind the upcoming Pro Wrestling X: Uprising video game for the PC, Wishnowski is dedication personified. Inspired by the classic grapplers on the Nintendo 64, itâ€™s been his dream to make his own game. That dream will become a reality soon enough.

To listen to an interview with Wishnowski, click here.

Emeric Thoa and Audrey Leprince: The developers behind â€œSquidsâ€ on the iPad, both Thoa and Leprince have years of experience at Ubisoft and have translated that knowledge to the tablet. Simply put, â€œSquidsâ€ may be the best game on the platform this year.

To listen to an interview with Thoa, click here.

To listen to an interview with Leprince, click here.

Dave Gilbert: Gilbert has maintained a love of old school point and click adventures for nearly his entire life. His â€œBlackwellâ€ series are some of the most respected in the genre, while his company, Wadjet Eye Games, continues to gain influence in the independent gaming community.

To listen to an interview with Gilbert, click here.

Kan Goa: The fact that Goaâ€™s game, â€œTo The Moonâ€ was covered by mainstream gaming publications only proves his ability. Crafting an amazing story, with a stellar soundtrack, Goa appears to be the next big thing in video games. Imagine what he could do without having to rely on Super Nintendo-inspired graphics to tell his stories.

Tim Knauf, James Ellis and Tristan Clark: The team at Launching Pad games were not only responsible for the uber fun â€œMighty Fin,â€ but they also produced â€œThe Adventures of Scarlett,â€ an iPad detective-RPG that was hilarious as well as fun. These three are proof that there are some fantastic independent game companies working on titles for the iPad.

To listen to an interview with Knauf Ellis and Clark, click here.